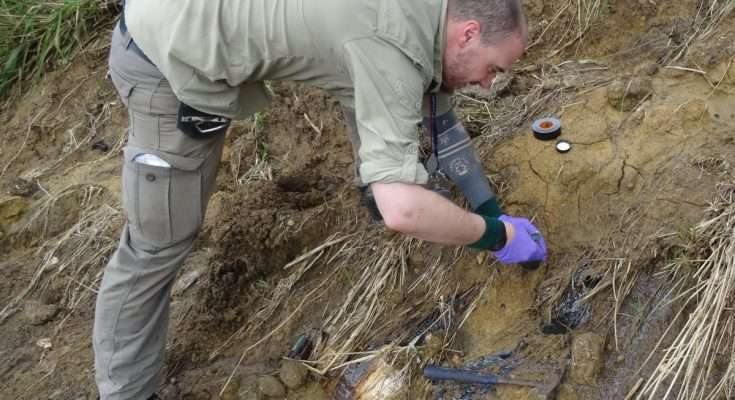 By Abka Fitz-HenleyFeb 22, 2018, 14:34 pmComments Off on Govt Probing Significance of Trelawny Oil Seeps

The Government of Jamaica is moving to obtain a detailed report following the discovery of two oil seeps in Trelawny.

An oil or petroleum seep is a place where natural liquid or gaseous hydrocarbons escape to the surface of the earth. The seeps are believed to be the first geological discovery of live oil flowing onshore Jamaica.

Petroleum Corporation of Jamaica, PCJ Chairman Russell Hadeed says it’s not yet known whether the oil seeps are significant.

It’s understood that the discovery was made last week and a report submitted to the PCJ and Energy Minister, Dr. Andrew Wheatley.

Geo-Chemical analysts have reportedly linked the oil seeps to two rocks which are believed to have been around for several million years. Mr. Hadeed says a more detailed geological report is to be prepared.