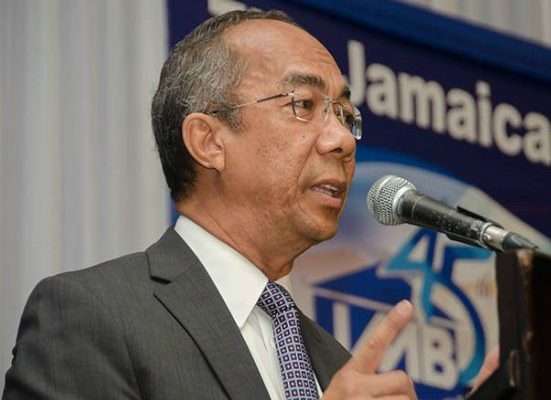 National Security Minister, Dr. Horace Chang, says because of the crime ‘crisis’ plaguing the country, the Government is prepared to declare an enhanced security measure should the recommendation come from the national security advisors.

That’s one of the topics Minister Chang discussed today in a wide-ranging interview with Mark Wignal on Cliff Hughes On-Line. The National Security Minister also discussed security issues affecting the parish of St. Thomas and the community of August Town in St. Andrew.

Minister Chang also adds that the investigation into the killing of former Member of Parliament for East Portland, Dr. Lynvale Bloomfield is progressing smoothly. Dr. Chang argues that the crime problem in Jamaica is at crisis levels.

As such, the Nation Security Minister says the Government is prepared to act on the recommendation of security advisors to implement special security measures.

Dr. Chang says the action would include places like August Town, where there have been renewed calls for a Zone of Special Operations. He says the security presence in St. Thomas has been increased.

Meanwhile, Minister Chang says the investigation into the killing of Dr. Bloomfield is being handled at the highest level.

Dr. Bloomfield was stabbed to death at his home in Passley Gardens, Portland two weeks ago. Just over a week later, a man was taken into custody in connection with the MP’s murder. But, following questions from the police he was released.

The top brass of the Constabulary Force have been mum on whether another person of interest has been taken into custody.