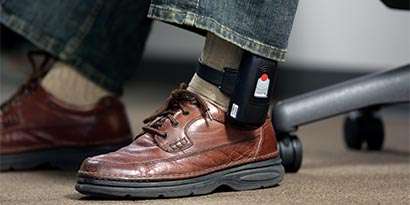 By Nationwide NewsnetMar 02, 2017, 13:54 pmComments Off on Govt Testing ‘Ankle Bracelets’ on Low-Risk Inmates

The Ministry of National Security has started testing ankle bracelet monitors, in order to begin the electronic tagging of low-risk inmates.

Chief Technical Director of the electronic tagging programme, Karen Clarke-Davis, made the revelation in an emailed response to questions by Nationwide News this week.

She says the pilot programme started on February 1, with Department of Corrections’ staff testing out the ankle bracelets.

Mrs. Clarke-Davis says ten inmates have been risk assessed and are ready to be admitted to the pilot programme.

She says 19 more inmates are now being assessed.

The electronic tagging project will see low risk inmates sent back to their communities to finish their sentence, while being monitored by the Department of Corrections.

The electronic tagging programme is part of the government’s inmate reclassification project.

The government says the reclassification project is part of its strategy to reduce the number of inmates at the island’s two maximum security prisons.