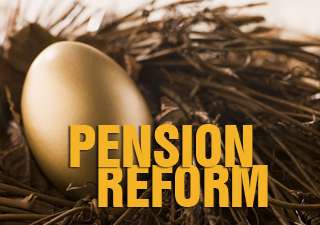 By Nationwide NewsnetApr 06, 2017, 00:44 amComments Off on Govt to Phase In Public Sector Pension Reform

Finance Minister, Audley Shaw, says the expected five-percent contribution to be paid by public sector works under new pension reform legislation will be phased in.

He also announced today a change in the date for the government to implement its reform legislation to June 1.

The new pension legislation will, over time, see all public sector workers paying five percent of their salaries toward their pensions.

Groups such as the Police Federation and the Jamaica Teacher’s Association had cautioned that paying the full amount up front would cause economic hardships.

In the meantime, Minister Shaw announced his intention to table other legislations, changing the early retirement age of police members.

He says soon all members of the Constabulary Force will be eligible for early retirement at the age of 50 down from 60 after 30 years of service.

The Finance Minister says a dedicated pension fund will be set up once the country’s debt to GDP ratio reaches 60-percent.

However, MP for Central Kingston, Ronald Thwaites, raised the concern that this meant the government would not be matching contributions made by public sector workers for many years.

On this point, Prime Minister Andrew Holness stepped in to provide clarity.

He says regardless of the existence of a dedicated fund, public sector workers are guaranteed their pensions.