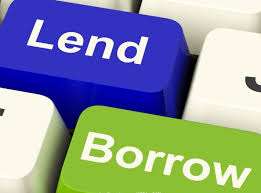 By Nationwide NewsnetFeb 22, 2019, 13:35 pmComments Off on Growth in Private Sector Credit Slowing Down

Governor of the Bank of Jamaica, Brian Wynter, has revealed that growth in private sector credit is slowing down.

Governor Wynter says lending has slowed down, despite lower interest rates. The BOJ has been slashing its policy rates in an attempt to get banks to lend more, which would boost inflation and economic growth. But, there are questions about whether the strategy is working, as inflation remains below target and lending is slowing down.

The Bank of Jamaica has been trying hard to get banks to lend more. One of their major strategies has been lowering their policy rate to historic lows.

The BOJ cut its policy rate again yesterday. It’s now just 1.5 percent. The central bank’s policy rate is supposed to signal a change in money market rates, which should translate into lower commercial lending rates. But, although banks have been lowering their interest rates, BOJ Governor Brian Wynter today revealed that lending is actually slowing down.

It’s one of the reasons the BOJ, is this time, implementing an additional measure. They’re reducing the cash reserve, which is the amount of money that deposit-taking institutions must hold at the BOJ. This is expected to free up nearly $17-billion for banks to provide more credit to households and businesses at lower rates and on better terms.

Governor Wynter says they’ll watch to see if this will make a difference.

President of the Jamaica Bankers Association, David Noel, says the reduction in the cash reserve will have more of an impact than lowering the policy rate. In fact, he says a lower policy rate doesn’t actually achieve the BOJ’s objective of getting banks to lend more.

But, the BOJ Governor says while Mr. Noel is right, the lower interest rate from the Central Bank should motivate lenders to seek better interest rates from their customers.