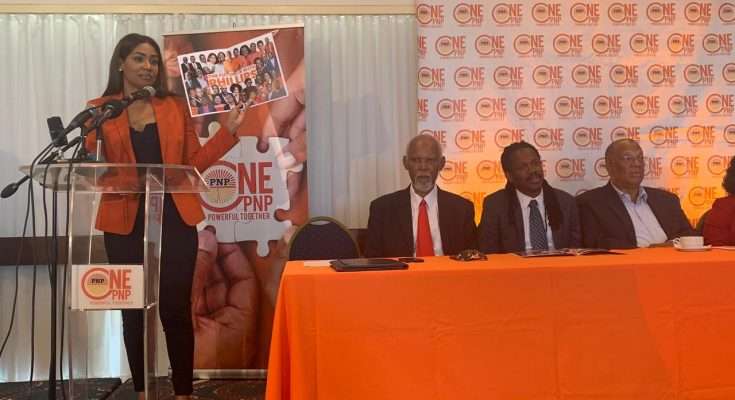 One PNP Spokesperson, Lisa Hanna, is accusing the Rise Campaign of vote buying.

Ms. Hanna says she has strong evidence of a Rise United Leader handing out envelopes containing $10,000 in her South East St. Ann Constituency.

But Bunting’s Campaign Manager, Dr. Dayton Campbell, says Miss Hanna is being untruthful in her description of how the Rise United Campaign team is conducting itself.

Dr. Campbell says it should not be forgotten that a video recently surfaced with a prominent member of Dr. Phillips’ campaign team offering inducements to PNP supporters in Westmoreland.