Home Evening News Hayles, Fagan To Fight Attempts To Prevent Them From Running In Next Elections 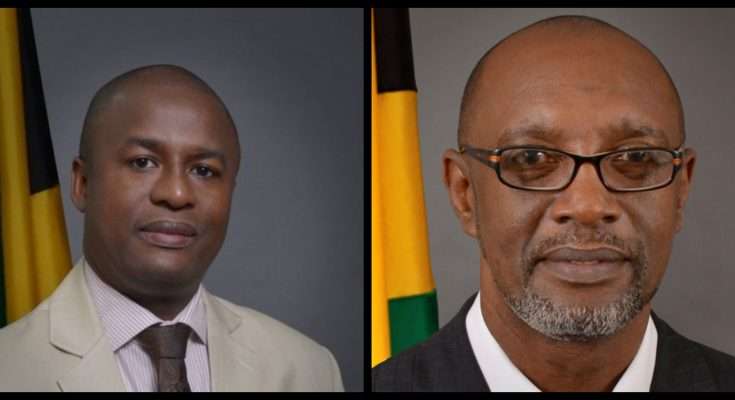 Hayles, Fagan To Fight Attempts To Prevent Them From Running In Next Elections

Two Members of Parliament who supported Peter Bunting during the PNP presidential contest say they’ll resist any attempt to remove them as candidates for the next General Elections.

Orange placards were today placed on the fence of the PNP office in Mr. Fagan’s South East St. Catherine constituency.

The placards had words demanding that Fagan resign as the PNP candidate for the area.

Placards with Dr. Phillips’ One PNP slogan were also placed on the gate of the constituency office.

The South East St. Catherine MP told our news centre this afternoon that he’ll not resign as the party’s candidate for the constituency.

Mr. Fagan says he does not take seriously talk in the PNP  that the party’s Vice President and Dr Peter Phillips supporter, Damion Crawford, may be interested in representing the PNP in the seat in the next general election.

In a statement today, PNP General Secretary, Julian Robinson, condemned the posting of the placards.

The PNP General Secretary says coming out of the presidential election on Saturday, the Party is calling on all supporters and members to unite and desist from any actions that may bring the Party into disrepute.

In the meantime, West Hanover MP, Ian Hayles, says he’s not perturbed by word circulating today among comrades that he could face a challenge in the seat from another Dr Phillips supporter and Lucea Mayor, Sheridan Samuels.

Samuels and Hayles have been at odds in recent times.