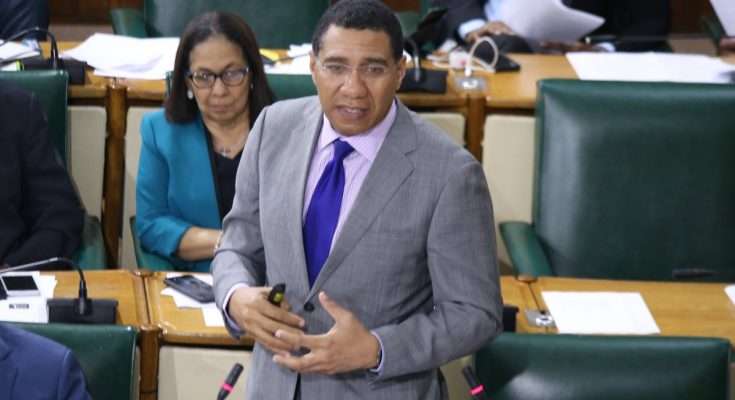 Members of the security forces this morning descended on Westmoreland, St. James and Hanover following the declaration of the enhanced security measure in the parishes.

Prime Minister Holness says the state of public emergency was declared today after a careful examination of the crime figures.

The Prime Minister was addressing a media conference at Jamaica House.

He says he’s confident Jamaicans will support the state of public emergency in Hanover, Westmoreland and St. James.

The Prime Minister commented on the duration of the measure.

A state of public emergency in St. James was terminated in January this year following a decision by the parliamentary Opposition not to support a further extension.

Since the end of the enhanced security measure, there’s been a big increase of between 70 and 80 percent in murders in St. James.

Mr. Holness was asked today whether he’s concerned that when he goes to parliament to seek an extension of the measure the Opposition may shutdown that move.

Previous PostPNP Sides with Gov't on Declaration of State of Emergency, Wants Social Intervention Initiatives Too Next PostPolice Commissioner Denies 'Rogue Cops' Were Acting on Behalf of the JCF