Home Evening News Holness to be Sworn in Thursday 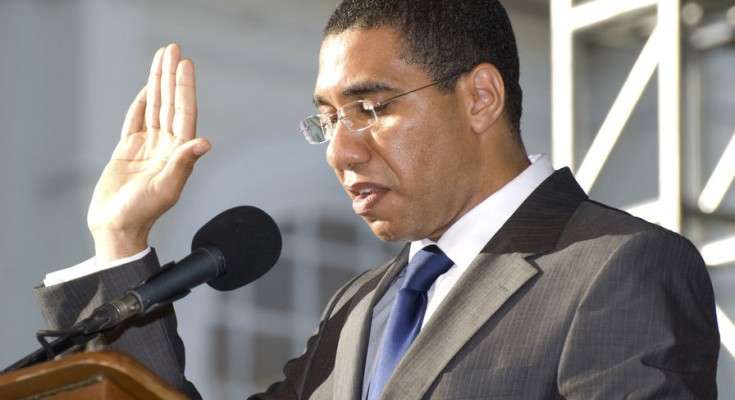 Holness to be Sworn in Thursday

Nationwide News understands that Prime Minister-elect Andrew Holness is set to be sworn in at 4pm on Thursday at Kings House.

He was previously sworn in to that office in front of 4,000 guests on Sunday, October 23, 2011, following the resignation of Bruce Golding.

Nationwide News understands that several guests who are travelling from overseas, may miss the ceremony, due to the tight timeline.

Several pictures of the pair were shared on Facebook this morning.

It’s understood that Ambassador Niu came calling at a time when Mr. Holness’ staff were busy packing to relocate to Jamaica House later this week.