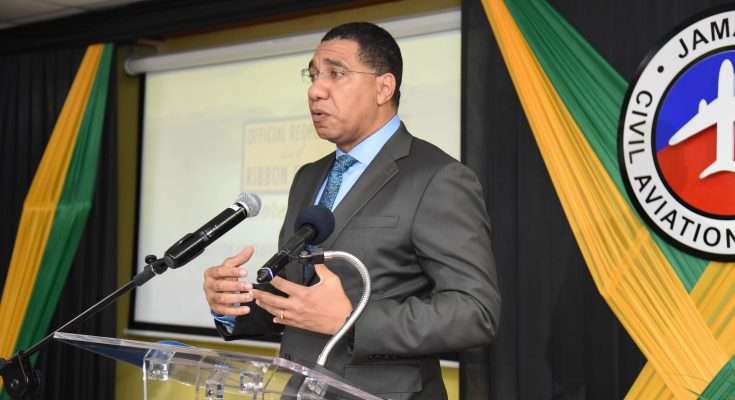 Prime Minister, Andrew Holness, says the housing market is still not responding effectively to the needs of Jamaicans of all income brackets.

Mr. Holness was speaking yesterday at a ceremony for the award of housing titles in Greater Portmore, in St. Catherine.

He’s calling for the country to move away from small scale incremental housing starts toward larger properly planned developments.

Prime Minister Andrew Holness is calling for a shift in how the country approaches the development of housing schemes.

Prime Minister Holness says on a recent trip to the Dominican Republic he saw how the government moved away from building small communities to the construction of massive cities.

He says these include housing solutions for people at all earning levels.

However, he says the current market forces in Jamaica do not readily address the country’s housing needs.

He contends that if the housing market properly satisfied demand there’d  be no need for squatting.

Mr. Holness says his administration is looking to do just that.