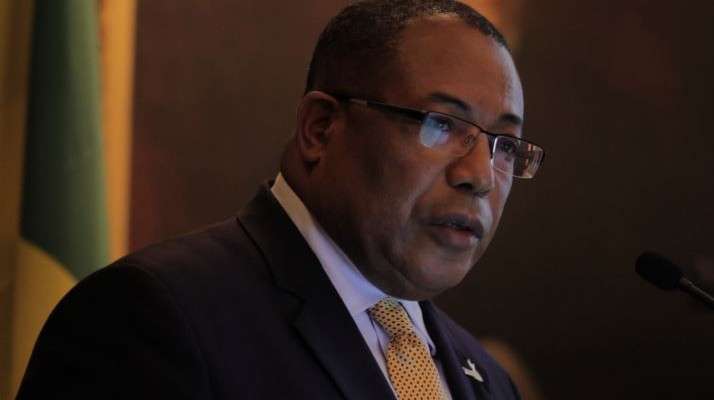 Hylton Mums on When MOU Will be Signed with Krauck Systems

By Abka Fitz-HenleyApr 21, 2015, 23:46 pmComments Off on Hylton Mums on When MOU Will be Signed with Krauck Systems

The Industry Minister is also refusing to say whether his Ministry had followed through on its public commitment to turn over all documents related to the Krauck deal to the Office of the Contractor General by Monday.

However, the signing with the company which is reportedly interested in investing in Jamaica’s logistics hub did not take place yesterday.

Following a meeting of the Cabinet yesterday, Minister Hylton stated that he intends to go ahead and sign what he described as a non-binding MoU with Krauck Systems.

But speaking to our news center before he entered Parliament this afternoon, the Industry Minister indicated that the MoU has not yet been signed.

Anthony Hylton, Minister of Industry Investment and Commerce speaking this afternoon with Nationwide’s Abka Fitz-Henley on the steps of Gordon House.