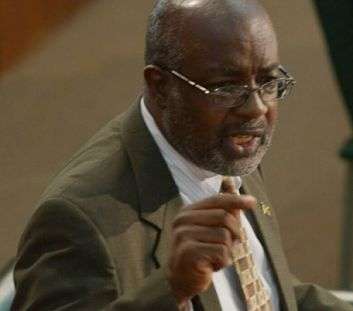 Member of Parliament for South St. Catherine, the PNP’s, Fitz Jackson, is lambasting the government for moving forward with the Bernard Lodge Master Plan without completing what he sees as the necessary consultations.

Speaking with Nationwide News this afternoon, Mr. Jackson contends that a media conference called for tomorrow to announce Cabinet’s approval of the revised master plan flies in the face of good governance.

The Bernard Lodge Master Plan seeks to create an integrated area on the former cane lands in St. Catherine to include residential, commercial, agriculture and agro-processing facilities.

Mr. Jackson says even the Portmore Municipal Corporation which would be most affected by the plan has been left in the dark.

He says the government’s approach to the development is unacceptable.

However, Minister without Portfolio in the Ministry of Economic Growth and Job Creation, Daryl Vaz, says Mr. Jackson is aware of the ongoing consultations.

Daryl Vaz, Minister without Portfolio in the Ministry of Economic Growth and Job Creation.

He was speaking earlier today with Nationwide News.