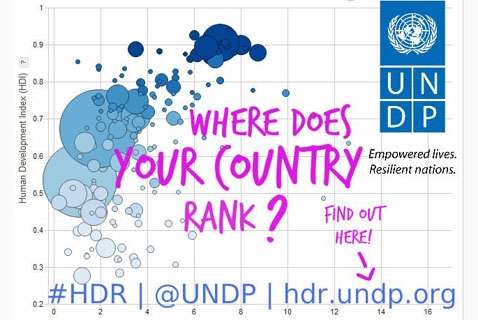 Jamaica’s ranking on the United Nations Human Development Index, HDI, has fallen by three places, to 99 out of 188 countries.

The index assesses the long-term progress of countries in three basic dimensions of human development.

These are a long and healthy life, access to knowledge and a decent standard of living.

Jamaica’s slippage is due to what the UN says is human inequality.

Males in Jamaica had a higher ranking on the country’s Gender Development Index than females.

Seventy-four percent of adult women have reached at least a secondary level of education compared to 70-percent of their male counterparts.

Jamaica is ranked in the high human development category but falls below the average for countries in Latin America and the Caribbean.

Trinidad and Tobago is ranked at 64.

Dominica is ranked at 94.