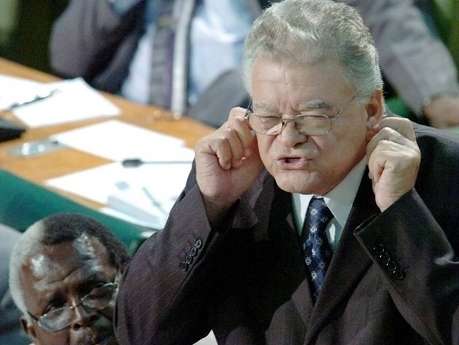 Opposition Spokesman on Industry and Commerce, Karl Samuda, says the JLP won’t back down from its position that Jamaicans should be given top priority under the new Special Economic Zone, SEZ Act.

Parliament passed the law this week. It’s seen as an important measure to position the country as a global logistics hub.

The new law provides for the creation of special zones for dry docks, bunkering, and air maintenance terminals.

However a clause to be amended in the legislation has set the Opposition’s tempers fuming.

Samuda is furious over a change to the section that says the developer shall offer jobs to Jamaicans first, before nationals of other countries.

Industry Minister Anthony Hylton says the word ‘Jamaican’ will be replaced with ‘CARICOM national’, because under the Treaty of Chaguaramas which establishes CARICOM, you cannot discriminate against CARICOM nationals by prioritizing Jamaicans.

He says such discrimination has been historically meted out to Jamaicans by other CARICOM states.