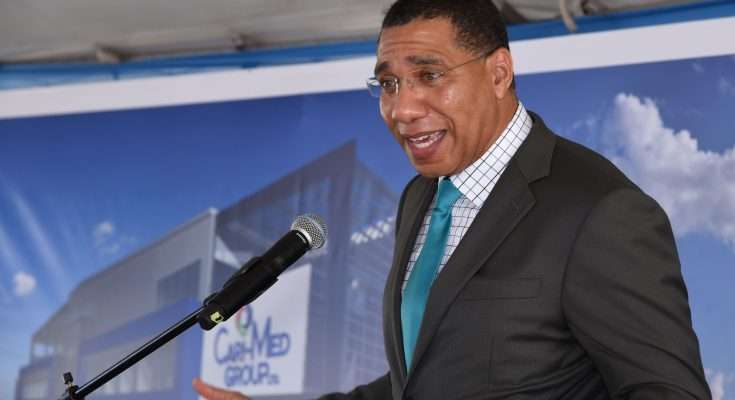 Prime Minister, Andrew Holness, says a percentage of savings from Jamaica’s debt reduction programme will be transferred to the Contingency Fund, to bolster the country’s response to natural disasters.

The Prime Minister made the announcement last week during the official opening of Fontana Pharmacy’s Waterloo Square branch on West Kings Road in St. Andrew.

Mr. Holness says his administration has responded by reducing Jamaica’s debt and maintaining fiscal discipline which, in the process, has increased its fiscal space.

The Prime Minister noted that the government was able to set aside some two billion dollars from the last budget for emergency and disaster recovery, instead of borrowing funds.

The Fund is provided for in Jamaica’s Constitution and was established under Section 13 of the Financial Administration and Audit Act to provide for unforeseen expenditure of any kind.