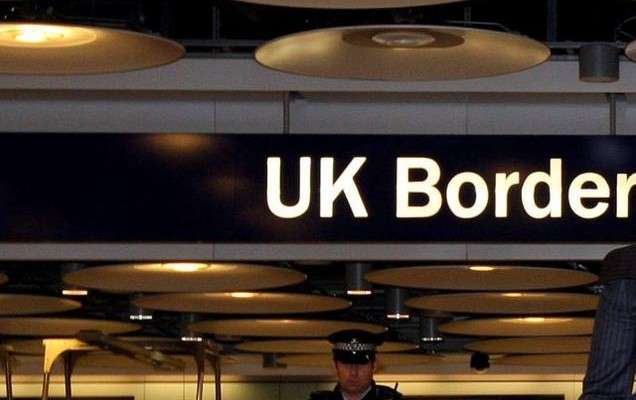 By Nationwide NewsnetApr 24, 2015, 17:30 pmComments Off on J’can Bisexual Asylum Seek to Be Deported from Britain

A Jamaican bisexual asylum seeker is set to be deported this weekend, after being detained earlier today by the UK government.

The man, 32 year old Orashia Edwards, has been fighting deportation from Britain, claiming that he’ll be killed if he returns to Jamaica.

A tribunal in Britain has found that Edwards lied about his sexuality, in the final judgment of his asylum case earlier this month.

The tribunal ruled against him, despite a British man, Michael Mardell, who came forward, claiming that he was in a relationship with Edwards for the past two years.

Mardell this morning drove Edwards to a detention center in the city of Leeds, where the Jamaican turned himself over to the authorities.

Mardell who’s 54 years old, says he hopes to marry the Jamaican one day.

Two reputed ‘specialists’ living in Jamaica, wrote to the British government on Edwards’ behalf, saying it was unsafe for him to return to his homeland.

Edwards’ mother, Vienna Brown, says that if her son is sent to Jamaica, she’ll sue the British government for deporting him to a place where he could very easily be killed.

Miss Brown says Edwards’ mental health has deteriorated in the past few years.

She says she has given up her job in order to look after him in his depression.

She also fears he will commit suicide than get on a plane to die.

Miss Brown says her son is terrified as he’s going to have to face being back in a country where he’s considered a gay man.

She says he’ll have to face the consequences of telling the British authorities that Jamaica is a homophobic country.

She says people have seen her son’s pictures in the papers and will not have to ask who he is.

Edwards’ family are still hoping to appeal his deportation and are petitioning the leader of Britain’s Labour party, Ed Milliband to intervene.

Previous PostHaughton Concedes that Her Actions were Unethical Next PostEdwin Allen, St. Jago Heads into Penn Relays with Fastest Times