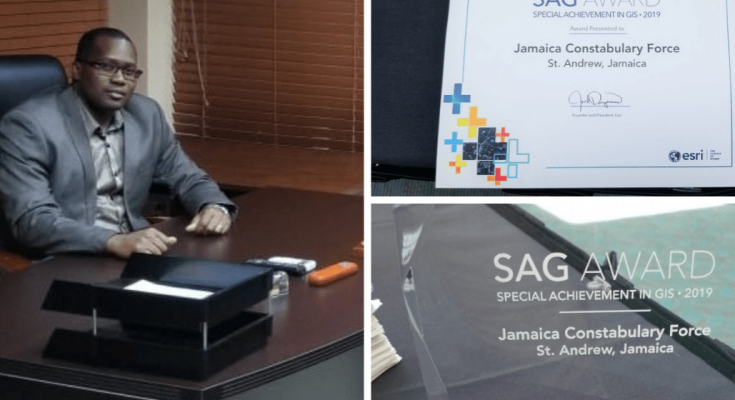 JCF Wins International Award for Use of GIS Technology

The Jamaica Constabulary Force, JCF, has won an international award for its use of technology. It’s the Special Achievement in GIS Award.

GIS stands for Geographic Information System, which is used to map data.

The award is given to clients of Esri, which is the global industry leader in GIS technology, with over 40% market share.

Deputy Superintendent Orette Bascoe, who heads the JCF’s Statistics and Information Management Unit, collected the award in San Diego, California earlier this month, on behalf of the JCF.

He says it was critical in determining the extent of the last State of Public Emergency in the St Andrew South Police Division.

The policeman says the award recognizes the talent, dedication and expertise of his team.

He explains that some persons are certified by the National Spatial Data Management Division, which manages GIS for the government, while others have first degrees in Urban Planning.

He also noted his colleagues at the Scenes of Crime Unit, whose cooperation he says has amplified his data, making more precise judgments possible.