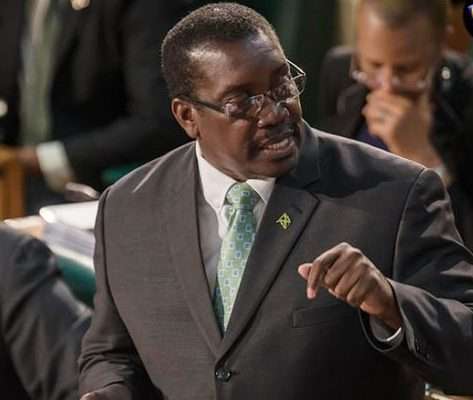 By Chevon CampbellApr 09, 2018, 14:48 pmComments Off on JDF Leading Probe into Alleged Threats on Montague’s Life

The Jamaica Constabulary Force is leading a multi-jurisdictional investigation into allegations of threats being made on the life of former National Security Minister, Robert Montague.

Head of the Constabulary Communications Unit, CCU, Assistant Superintendent, Dahlia Garrick, says the investigation is being assisted by US law enforcement.

The statement comes after a Sunday Gleaner article claimed that a possible threat has been made on the life of Minister Montague by gunrunners.

The Sunday Gleaner says according to its sources, a confidential informant, who migrated from Clarendon to Bronx, New York, told police there of the plot recently.

It says that security around Minister Montague has been increased as a result of the alleged threat.

ASP Garrick says she’s unable to comment at this time regarding the origin of the information.