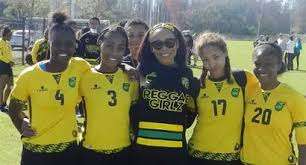 JFF & Cedella Bury the Hatchet! Both Commit To Future Partnership

The Marley Foundation is widely credited with reviving the women’s football programme after it was shut down by the JFF.

Since then the JFF and the Marley Foundation have regularly been at odds but Mr. Ricketts says Saturday’s meeting was productive.