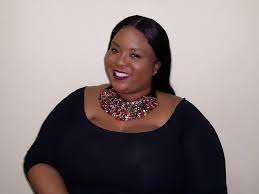 JFJ’s policy and advocacy manager, Monique Long, is praising the Independent Commission of Investigations, INDECOM, for their role in helping to reduce abuse.

Ms. Long is also calling on the Jamaica Constabulary Force to increase the vetting for those seeking promotions who’re being investigated for rights abuses.

Meanwhile, Ms. Long says people who believe their rights have been trampled on during the State of Public Emergency should contact JFJ.

Monique Long, policy and advocacy manager a Jamaicans for Justice.
She was speaking to the media on the weekend at a vigil in front of the Barnett Street Police Station in St James.

The vigil was held in memory of Mario Deane, who was beaten to death while in custody in 2014.

Previous PostYoung Jamaica Chides PNP For 'Culture of Disrespect and Racial Divisiveness' Next Post'Changa Changa' Returns To Court on Sept. 27