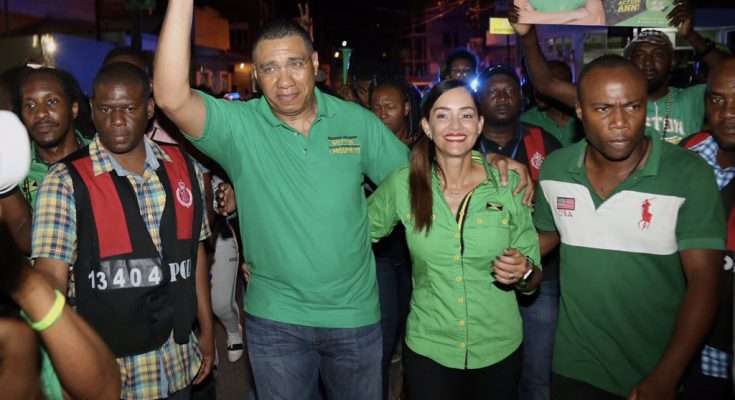 Prime Minister Andrew Holness says the arrogance of the People’s National Party, PNP, has cost them their approximately 30-year political stranglehold on the Portland Eastern constituency.

The Prime Minister says the PNP has ignored the needs of the people.

The Prime Minister was addressing a massive gathering of JLP supporters in Port Antonio after the stunning victory of Ann Marie Vaz in the constituency. He gave notice to other constituencies not to be afraid to replace the arrogant PNP for their neglect.

Mr. Holness also credited Mrs. Vaz’s victory to the youth of the constituency.

He also says the PNP attempted to diminish the brand of politics being practised in Jamaica.

Despite the JLP’s Ann Marie Vaz overturning a deficit of almost 2,300 votes recorded in the 2016 General Elections to win yesterday’s by-election by just over 300-votes, Samuda says they didn’t secure as many votes as the polls predicted.

He credits the JLP’s victory in the constituency to the splendid work of Mrs. Vaz.