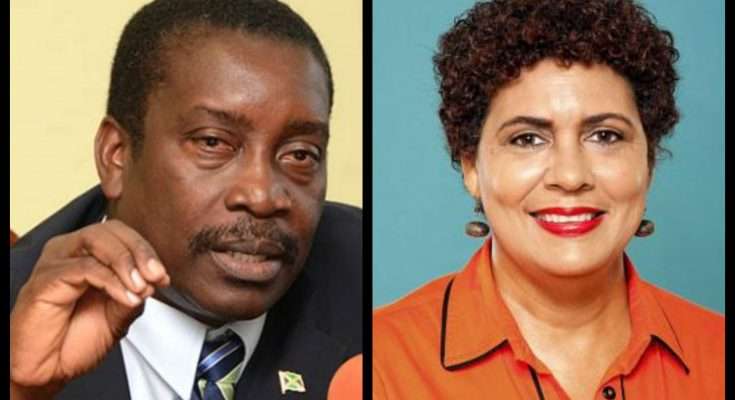 Mr. Montague says he doesn’t want the JLP’s caretaker for the seat, Pearnel Charles Jr. to have an easy victory.

The South East Clarendon seat was made vacant recently by the resignation of veteran Member of Parliament, Rudyard Spencer.

A by-election has been called for March 2, to fill the vacancy.
This, has angered the PNP.

The Opposition believes it is an abuse of taxpayers’ money to have a by-election at this time when a General Election is constitutionally due next year.

However, Mr. Montague is urging Mrs. Duncan Sutherland to ignore the advice of her party officials because he believes they’re running scared.

Meanwhile, the JLP Chairman says Dr. Peter Phillips doesn’t need to be worried about his tenure as PNP President.

He says the JLP will campaign hard to keep Dr. Phillips in his position.

TAGPolitics se clarendon by election
Previous PostUK Court Of Appeal Halts Govt's Plans To Deport 50 People To Jamaica Next Post14 In Every 1,000 J'can Children Have An Intellectual Disability - IDB Study