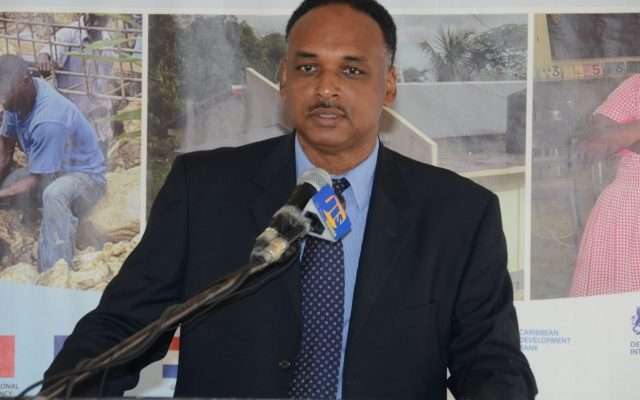 By William MitchellOct 02, 2017, 11:05 amComments Off on JSIF Boss Under Fire for Mt Salem Prostitution Claims

The Managing Director of the Jamaica Social Investment Fund, JSIF, Omar Sweeney, is being criticized for claiming 85-percent of young women in Mount Salem, St. James, engage in prostitution.

Mr. Sweeney made the claim yesterday while addressing a luncheon of the Rotary Club of Kingston.

The Opposition Spokesman on Youth and Culture, Damion Crawford, says the claim is untrue. He’s also criticizing Mr. Sweeney, saying the methodology he used to make the claim is ‘extremely flawed’.

Mr. Sweeney is also the Deputy Chairman of the Social Intervention Committee for the Zones of Special Operations.

Mount Salem was declared a Zone of Special Operations only four weeks ago by the government. And again, there’s a debate over statistics concerning the community.

This was Mr. Sweeney yesterday, addressing the Rotary Club of Kingston.

That claim has been eliciting a lot of reactions, with many people questioning whether it’s true.

The Opposition Spokesman on Youth, Damion Crawford, says it can’t be true. For one, he’s dismissing the methodology which Mr. Sweeney says led to his claim.

Mr. Crawford was speaking this morning with Mark Wignall on Cliff Hughes on Line.

The 50 people he’s referring were reportedly part of a focus group discussion conducted by the Social Development Commission, SDC, in January last year.

They were between the ages of 13 to 19. Largely teenagers.

In a radio interview on RJR’s Hotline programme this morning, Mr. Sweeney, sought to clarify the figures he gave on Thursday.

He now says the 85-percent he mentioned was a composite number of males and females. And, the figure for teenage girls was, in fact, 70 percent.

JSIF also issued a statement this afternoon, saying it wishes to clarify statements its Managing Director made yesterday. It says it wants to make it clear that Mr. Sweeney did not intend to stigmatize persons from the community.

The statement from JSIF, however, is silent on whether Mr. Sweeney misrepresented the data from the SDC focus group.

Meanwhile, the councilor for the Mount Salem Division, the PNP’s Kerry Thomas, says Omar Sweeney should be removed as the deputy chairman of the Zones of Special Operations social intervention committee.

Councillor Thomas says Mr. Sweeney’s claim that 85-percent of the young women in Mount Salem have engaged in prostitution is ‘irresponsible’.

He says Mr. Sweeney should withdraw the statement.

He’s challenging Mr. Sweeney to provide the information that led him to his conclusion.