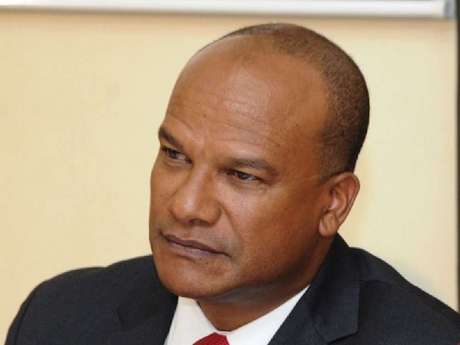 JUST IN: Bunting, Golding Offer To Resign From Spokespersons Council

Bunting is the Opposition Spokesman on Industry, Commerce and Competitiveness.

The Central Manchester MP’s move to offer his resignation from the Phillips-led Council of Spokespersons comes as the fall out intensifies from his  76-vote defeat to Dr. Phillips in the PNP Presidential election on Saturday.

The Central Manchester MP congratulated Phillips on his victory.

Bunting told the PNP President that he’s offering his resignation to give Phillips a free hand to shape a new Council of Spokespersons.

Calls placed to both Phillips and Mr. Bunting this morning were not answered.

Mr. Bunting’s move to offer his resignation comes following Dr. Dayton Campbell’s decision to resign from the Council of Spokespersons.

Campbell was Bunting’s Campaign Manager during the sometimes fractious and heated leadership contest in which Phillips emerged victorious.

Mr. Golding says he wrote Dr. Phillips and offered to step down as Opposition Spokesman on Finance.

Golding says his letter to Dr. Phillips was guided by principle.