Home Latest_MA US Secretary of State, Mike Pompeo, Set for Official Visit to Ja for Talks on Trade & National Security 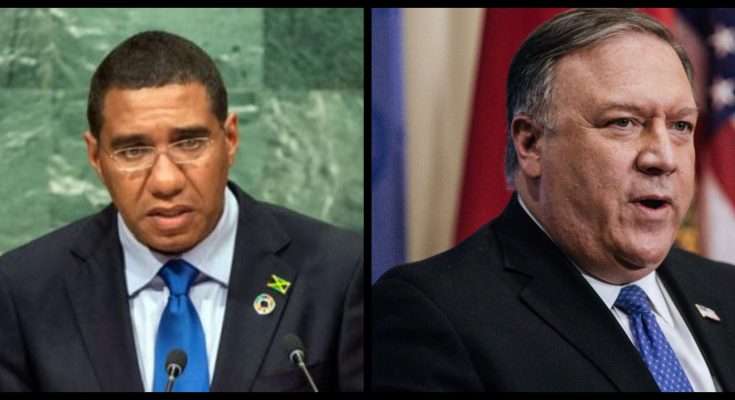 US Secretary of State, Mike Pompeo, Set for Official Visit to Ja for Talks on Trade & National Security

Nationwide News understands that United States Secretary of State, Mike Pompeo, is to arrive in Kingston Jamaica next week for high level talks with the Government of Jamaica.

It’s understood that during Pompeo’s visit bi-lateral talks will be had with the Holness-administration on several issues including trade and national security.

The US Secretary of State is expected to arrive in Kingston on January 22 on what’s expected to be a two day visit.

Our sources in the United States say an announcement of Pompeo’s pending visit is imminent.

Pompeo is the third most powerful official in the United States Government.