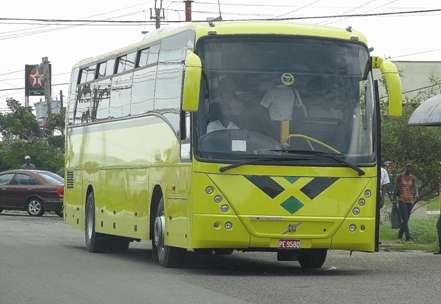 Managing Director of the State-owned Jamaica Urban Transit Company, JUTC, Paul Abrahams says the $2.7 billion deficit incurred by the bus company in 2017 is due to several factors.

Among them, a decline in ridership, heightened competition from taxi operators and an “uneconomical” fare rate.

But, Mr. Abrahams says the company will not fold.

More than 2 point 7 billion dollars oozed out of the State-owned bus company in 2017 and the losses are expected to continue this year.

But, according to Managing Director of the JUTC, Paul Abrahams, measures will be introduced this year to curtail the losses being racked up by the beleaguered bus company.

He says the JUTC has also been looking into it’s internal operations with a view to become more efficient.

While he admits there’s been a longstanding issue with pilferage at the State-owned bus company, Mr. Abrahams says there’s hope

So what’s to become of the JUTC?

Abrahams says the JUTC will have to earn its keep when the proposed liberalization of the transport sector hits high gear.

Mr Abrahams also admits that it’s the inability of the JUTC to provide sufficient bus seats that has resulted in the influx of route taxis.