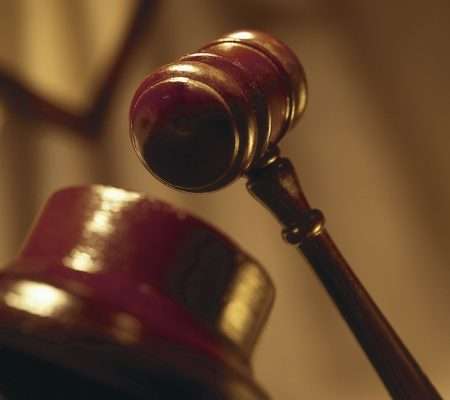 One of the main witnesses in the King’s Valley gang trial described in court today the leadership structure and division of labour in the criminal enterprise.

The witness is a former member of the Westmoreland-based gang.

The number of alleged members in the gang has not been revealed.

However, there are 8 men who are on trial in the Home Circuit Court in Kingston.

They’re on trial for various breaches of the the Anti-Gang Legislation, in relation to crimes committed between 2016 and 2018.

It’s day three of the trial of the eight men.

On day two, there were nine accused.

But one man, Ricky Hall, was freed on that day of all charges.

Today, the witness who has been giving evidence via video link from a remote location divulged more details about the operations of the gang he was once a member of.

The Court heard that one of the accused, Copeland Sankey, goes by the alias ‘2-PAC’.

The witness testified that Sankey was a hitman and financier of the gang.

According to the witness, he has known Sankey since he was a child.

He gave evidence that Sankey would purchase guns for gang members.

The former gang member told the court he has never seen Sankey purchasing the weapons.

However, he testified of recalling an occasion during which he accompanied Sankey and others to St. Elizabeth to purchase guns and bullets.

He told the court that a member of the group told him after the trip that Sankey had purchased the weapons.

The witness also said he has seen Sankey handing out the guns to the members of the gang.

According to the witness, the guns ranged from 357 Magnums, Glocks and Brownings as well as Mac 10s.

The witness admitted to illegally possessing a Browning that was given to him at the time.

The eldest accused on trial is Sean Suckra.

According to the witness, he goes by the alias Elder or 8-Ball.

He told the court Suckra was also a hitman.

However, he admitted he has never seen Suckra kill anyone.

The witness also testified that Suckra helped in the cultivation of marijuana for the drugs for guns trade.

He told the court Suckra and other members of the gang would plant ganja in the hills of Westmoreland.

During reaping season, he says the illegal drugs would be compressed and sold for guns.

He says the task to supply guns wasn’t a one man job.

The witness also told the court that another member supplied guns, bullets, vests and clothing similar to those worn by soldiers.

According to the witness, the gang was financed by one of the accused through the proceeds of scamming and the sale of stolen items to include bikes.