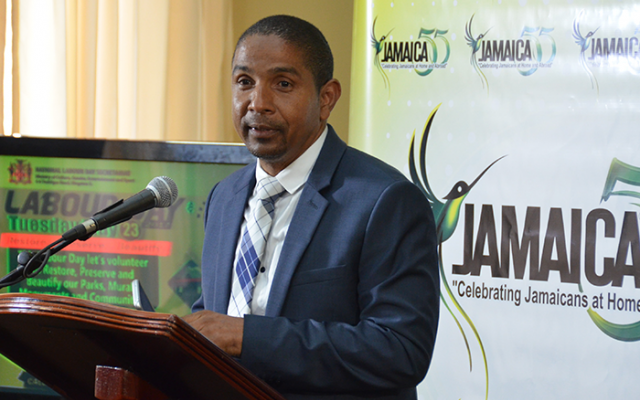 By Kalilah ReynoldsJul 21, 2017, 16:58 pmComments Off on Kingston Mayor Warns Businesses to Stop Piling Up Garbage

Mayor of Kingston, Senator Delroy Williams is advising business operators in downtown Kingston to stop piling garbage in front of their stores.

In a statement yesterday, Mayor Williams says the Kingston and St. Andrew Municipal Corporation, KSAMC, will be issuing notices to businesses in the commercial district downtown, where the practice has become prevalent.

He says the KSAMC is very displeased and disappointed that many businesses just pile their waste at the front of their stores when they close.

He adds that most times, the garbage is loose and unsecured, so the wind and rain blow it across the city.

Mayor Williams says with the city spending 40 million dollars cleaning drains in anticipation of a very active hurricane season, the KSAMC will be actively pursing those who are deliberately littering.

The Corporation is partnering with the Jamaica Environmental Trust and the “Nuh Dutty Up Jamaica” campaign to improve cleanliness and stop littering.