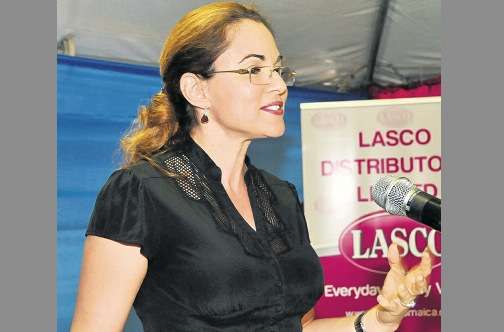 By nnw_adminMar 05, 2015, 22:12 pmComments Off on Lascelles Chin’s Wife Resigns from Lasco With Immediate Effect

The Managing Director of Lasco Manufacturing Limited, Eileen Chin, has resigned from the company with immediate effect.

Nationwide News understands that Mrs Chin’s resignation was triggered by major disagreements with her husband and Chairman of the Lasco Group, Lascelles Chin.

An advisory posted on the Jamaica Stock Exchange website reads – “LASCO Manufacturing Limited has advised that Dr. Eileen Chin has resigned as the Managing Director of Lasco Manufacturing with effect from March 2, 2015″.

It continues…”Lasco Manufacturing advised that Mr. Robert Parkins has been employed with effect from March 3, 2015 as the General Manager of the company with responsibility for the day to day operations reporting directly to the Executive Chairman”.

This is the second time that Lascelles Chin has had a fallout with a marital partner who’s also involved in his Lasco empire.

When contacted by Nationwide News this afternoon, Lascelles Chin confirmed Mrs Chin’s resignation.  However, he said her departure was caused by health concerns.

In 1993, the ex-wife of Mr. Chin, Audrey, who was also the Managing Director of Lasco Foods Limited, issued an originating summons under section 16 of the Married Women’s Property Act for determination by the court of her claim to a half of the company.

The London-based Privy Council in 2007 ruled that she was entitled to half the multi-million-dollar local food company, bringing an end to years of their much publicised divorce battle.

The law lords sided with the Court of Appeal, which in May 1999 ordered that she should receive half the net assets value of the company — overturning a previous ruling by the Supreme Court that she owned only one share, as against the almost 250-thousand owned by her ex-husband.