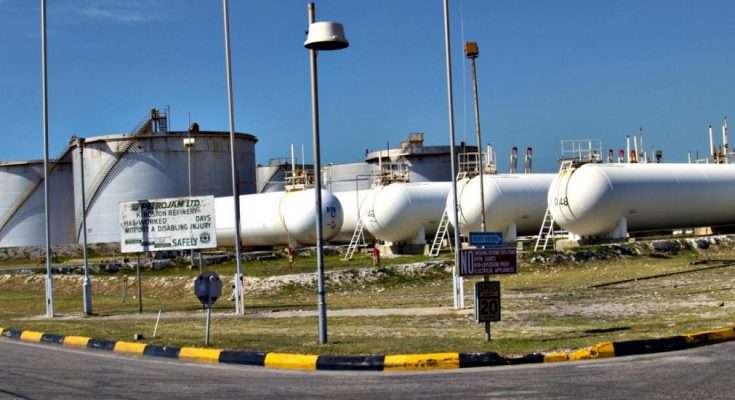 Lease It! – PRC Recommends Petrojam Be Leased to the Private Sector

The Petrojam Review Committee, PRC is recommending that the State-owned oil refinery be leased to the private sector.

PRC Chairman, Chris Zacca, says this is the best case scenario for the long term viability of Petrojam and for it to continue to be of benefit to the government and people of Jamaica.

Mr. Zacca was speaking this afternoon at Jamaica House during a media conference where he outlined the recommendations of the committee.

The Zacca-led PRC is adamant that Petrojam’s future lies in the private sector, not in the hands of the government.

In the presence of Prime Minister Andrew Holness, Energy Minister, Fayval Williams, and other stakeholders, Mr. Zaccca outlined the case for the long term utilisation of Petrojam.

He says with Petrojam’s market for heavy fuel oil shrinking and the considerable cost of  bringing the refinery to optimum efficiency, leasing the State-owned oil refinery within two years is the best case scenario.

However, he says if the Government of Jamaica is incapable of finding a suitable private sector entity for the leasing of the refinery, he recommends refining operations be shuttered and Petrojam be utilized as an import-export terminal only.

Mr. Zacca also says the PRC is recommending that the government not pursue the upgrade of the refinery nor should it go ahead with the installation of the vacuum distillation unit.

Prime Minister Holness made it clear that while the PRC’s review has been considered, no decision has been taken regarding the refinery as of yet

He admits that the window to make a decision is closing.

Mr. Zacca says jobs at Petrojam are only at risk if the Government fails to lease the refinery and is forced to operate it as a terminal only.

However, Prime Minister Holness tried to assuage fears of job losses at the refinery.