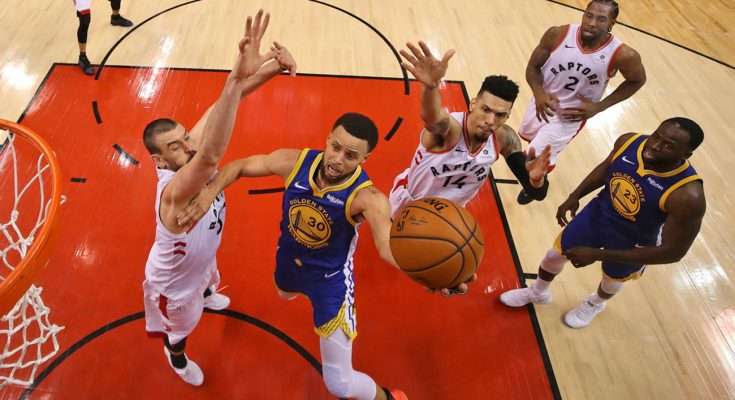 Coach of the Golden State Warriors, Steve Kerr, says his side will be without three of their top players for game-3 of their best of seven NBA finals.

Forward Kevon Looney will be out for the rest of the series after being hurt in Game 2.

Star Kevin Durant who hasn’t played since May 8, will remain out.

And guard Klay Thompson, who left Game 2 in the fourth quarter with a hamstring injury, is questionable

Warriors forward Andre Iguodala, who played Game 2 and hit a three-pointer to seal it, will play Game 3 after suffering a leg injury in Game 1.

The best-of-seven series is tied at 1-1 after the Warriors’ 109-104 win over the Raptors on Sunday in Toronto.