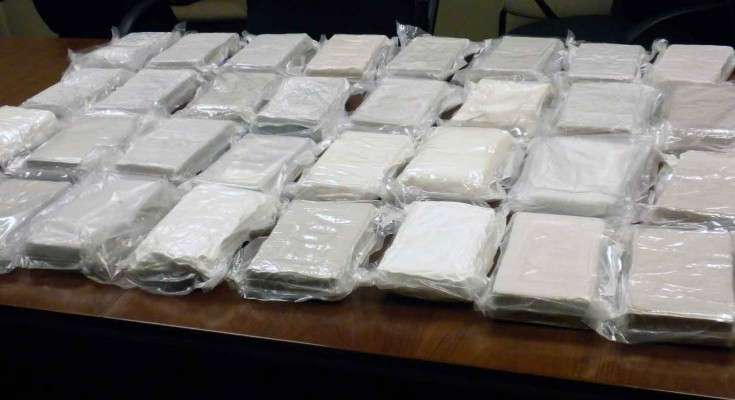 The Police have taken a man into custody following a multi-million dollar cocaine bust in Constant Spring, St. Andrew yesterday.

The Police say the man was arrested during anti-narcotics operations in the area.

Reports are, about 2:25 yesterday afternoon members of the Narcotics division signaled a Mitsubishi Lancer car at Premiere Plaza on Constant Spring Road to stop.

They searched the man, who was the only person in the car.

Police say they found four rectangular parcels containing a white substance resembling cocaine in a knapsack in the car.

They seized the drugs and the vehicle and arrested the man. The Police say the drugs have an estimated street value of more than $16-million.

The man’s identity is being withheld pending an interview in the presence of his attorney.