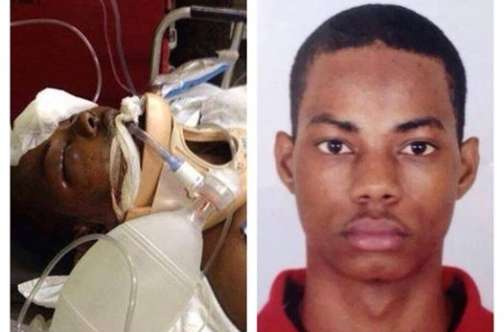 The mother of Mario Deane, Mercia Frazer, today led a peaceful protest outside the Barnett Street Police Station in Montego Bay, St. James, to mark the first anniversary of her son’s death at the facility.

The 31 year old Deane died at hospital from multiple injuries sustained in his cell at the Barnett Street police station.

He’d been detained for a ganja spliff.

Miss Frazer says she was protesting against the slow pace of justice.

Deane’s case has been delayed several times for various reasons.

The matter was most recently delayed by the need for one of the defendants, a deaf and mute man, to undergo a psychological evaluation to assess his competence to stand trial.

Miss Frazer says she feels as if her son’s death will be swallowed by the system and forgotten.