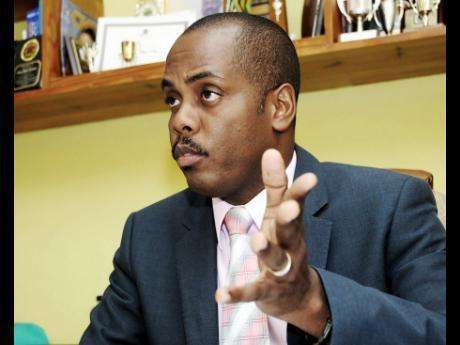 The principal of the Mona High School in St Andrew, Kevin Jones says he’s halted the use of aspects of the school’s bio-metric data attendance system.

This after Minister with Responsibility for Education, Karl Samuda urged schools using the attendance record technology to desist from doing so.

The Minister says schools must get Ministry approval to use such technology.

Mr. Jones says they’ve opted to use only aspects of the device today.

He’s urging the Ministry to also move with alacrity in addressing the issue of poor attendance among teachers.

The technology was intended as a solution to a chronic issue affecting several Jamaican schools.

The issue, poor staff attendance, and dishonesty among teachers.

But, the bio-metric attendance data system was met with resistance by certain stakeholders including the Ministry of Education and the Jamaica Teacher’s Association, JTA.

Mona High School Principal, Kevin Jones, says he did not personally receive a directive to halt the use of the system.

But he says he’s guided by the Minister’s comments in Parliament yesterday.

Minister Karl Samuda says schools must get permission to use electronic systems that require biometric data.

He also says teachers cannot be compelled to use the system.

Mr. Jones says none of his teachers were compelled to use the system.

And, he insists something must be done swiftly to address the punctuality problem affecting schools.

Mr. Jones says there is a need for a revision of the education code.

Meanwhile, the principal says he’s aware of more than 15 schools currently using the biometric attendance records for staff across the country.

He says some schools have been using the system for more than 5 years.