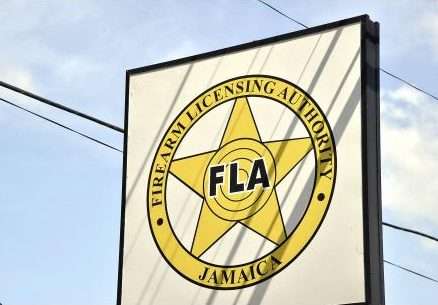 By Stevian SimmondsAug 30, 2017, 14:35 pmComments Off on MOCA Committed to ‘Comprehensive & Impartial’ Probe into FLA Corruption Allegations

The Major Organised Crime and Anti-Corruption Agency, MOCA, says it’s committed to conducting a ‘comprehensive and impartial’ investigation into allegations of corruption at the Firearm Licensing Authority, FLA.

The Authority is reeling from a scandal following allegations that gun licenses were being approved for suspected criminals and persons of questionable character.

FLA CEO Shane Dalling has said corruption is rife at the Authority. He also disclosed on Monday that MOCA had copied more than the previously reported 257 files as part of its investigations.

Senior Superintendent Dean Taylor is Director of Investigation at MOCA.

He says MOCA is presently examining over 200 files at the FLA.

Senior Superintendent Taylor says the allegations made about the scandal-hit FLA, are shocking.

Yesterday CEO of the FLA, Shane Dalling told Nationwide @ 5 that the extent of extortion and bribery there is a network involving at least one person from each department.

Six employees at the FLA have separated from the agency as the scandal gripping the organization continues to unfold.