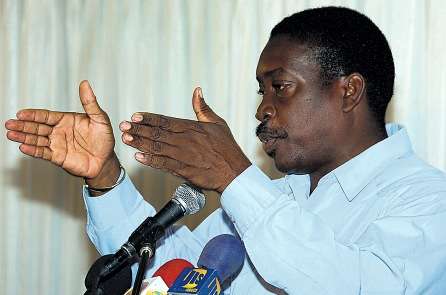 By Chevon CampbellAug 18, 2017, 11:09 amComments Off on Montague to Discuss Controversial Administrative Review with Police High Command

The report cleared five JCF officers of dereliction of duty and misconduct for their actions during the May 2010 West Kingston operations.

The Commissioners of the West Kingston Enquiry recommended that they never again take part in or lead any police operations.

Speaking with journalists today, Minister Montague says Cabinet accepts the recommendations of the Commission of Enquiry.

Jamaicans for Justice and Public Defender, Arlene Harrison Henry, have called for it to be withdrawn.

Police Commissioner, George Quallo, has stated publicly that he stands by the findings and will not be withdrawing it.

Just yesterday Minister without Portfolio in the Ministry of Economic Growth, Dr. Horace Chang told Nationwide News the JCF’s report is unacceptable in its current form.

The JCF’s report has contradicted the Commission of Enquiry’s findings regarding the security forces operations in the May 2010 operations.

The JCF accused the Commission of being biased, confused and engaging in speculation.

When asked today if he’ll be asking the JCF to withdraw the report, Minister Montague would only say he’ll be meeting with the High Command tomorrow.

He declined to say what recommendations or instructions – if any – he’ll be giving to the JCF.

Minister Montague was speaking this afternoon at the signing of a Memorandum of Understanding between the JCF and the University of the West Indies at the Mona Visitor’s Lodge in St. Andrew.