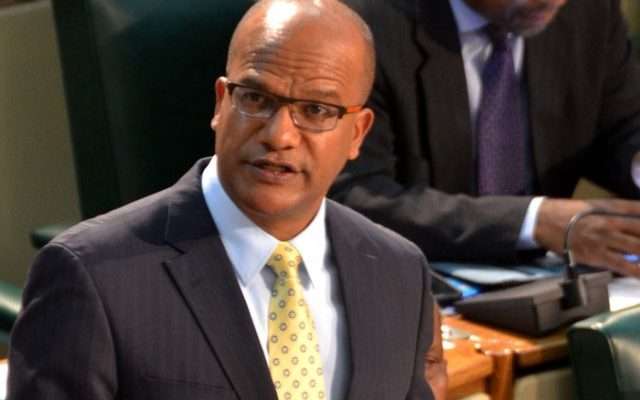 The country’s murder rate for the first quarter for the year has past what it was for the corresponding period last year.

Mr. Bunting speaking on Nationwide @ 5 on Friday said the murder rate is up by atleast ten percent since the end of March.

Minister Bunting says the Commissioner of police, Dr. Carl Williams and the JCF is working hard to keep the figures down by the end of the year.

Police fatal shootings are down.

As part of efforts to lower police fatal shootings, the United States government has promised to provide the funding to procure body cameras to be worn by police.

The cameras are meant to capture data to be used in the prosecution of crimes including police shootings.

Minister Bunting had said before the cameras will come on stream by June this year.

But with June fast approaching, he’s now saying the cameras are expected to come on stream by the end of the year.

Minister Bunting says part of the reason for the late deadline is that the government needs to set up adequate infrastructure to manage the data collected from the cameras.