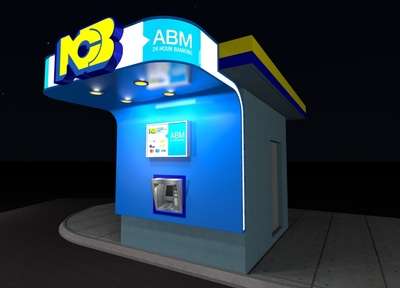 By Dennis BrooksDec 11, 2018, 15:11 pmComments Off on NCB Upgrades 80% of ABMs with Enhanced Security Features

National Commercial Bank (NCB) has upgraded 80-percent of its ABM machines in its continued fight against fraud.

The remaining 20-percent is scheduled for upgrading next May. The upgraded programme is part of a $2-billion investment by the bank in fraud analytics tools, technology and infrastructure, which the bank has been continuously rolling out since 2016.

In making the announcement yesterday, NCB says the new ABMs will have enhanced security features to mitigate fraud attempts by criminals.

Manager of Fraud Prevention at NCB, Lloyd Parchment, says with the increased occurrence of fraud at ABMs and Point-of-Sale terminals, NCB continues to make every effort to protect its customers and businesses from the repercussions of criminal activities.

He says the latest island wide upgrade of their ABM network is just one of the many measures the bank has been taking to safeguard clients’ transactions.

Among other security measures being instituted by NCB, is the upgrading of the current credit cards to chip-enabled EMV credit cards and the configuration of its Point-of-Sale terminals to accept them.

NCB also recently launched an online dispute resolution portal to give customers the power to create and track transaction disputes.

They’ll also be able to submit complaints, block and unblock lost or stolen credit cards and make requests for a new card within minutes.