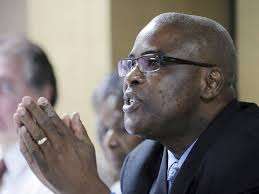 NEPA Wants Policy to Deal with Regular Fires Near & At Riverton

By Chevon CampbellApr 13, 2015, 22:42 pmComments Off on NEPA Wants Policy to Deal with Regular Fires Near & At Riverton

The National Environment and Planning Agency, NEPA, is calling for “something to be done” to deal with regular fires at and near the Riverton City dump.

The NEPA CEO Peter Knight made the comment after a fire broke out near the dump this morning.

The fire broke out at a private lot used to store tyres, and threatened several other properties.

Preliminary reports suggest it was the work of arsonists.

Last month, a major fire at the Riverton Dump affected nearly half the Jamaican population with toxic smoke.

That fire was also thought to be the work of arsonists and cost more than 2-hundred-million dollars to put out.