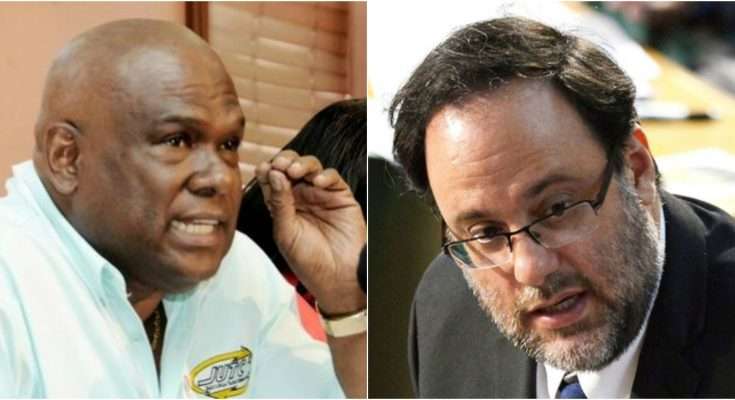 The General Secretary of the People’s National Party, PNP Paul Burke says a new date has been set for the selection of a candidate to replace Dr Omar Davies as chairman of the St Andrew South constituency.

Opposition Senator Mark Golding and the Former Managing Director of the Jamaica Urban Transit Company, JUTC, Colin Campbell were set to contest a delegate selection next Monday. But Mr. Burke says concerns with the delegates list has led to a delay in the selection exercise.

Golding and Campbell are seeking the post as the current MP, Dr. Omar Davies is to retire from active politics for health reasons.

Dr. Davies and other PNP-big wigs have endorsed Golding for the position.

A poll conducted by veteran pollster Don Anderson has shown Golding with favourability ratings of 70 per cent among respondents, and just 14-percent for Campbell.

Only 3 per cent of the respondents saw Golding in a negative light, compared to 35 per cent for Campbell.

71-percent of respondents also indicate that they prefer Golding to replace Dr. Davies against 12-percent for Campbell.