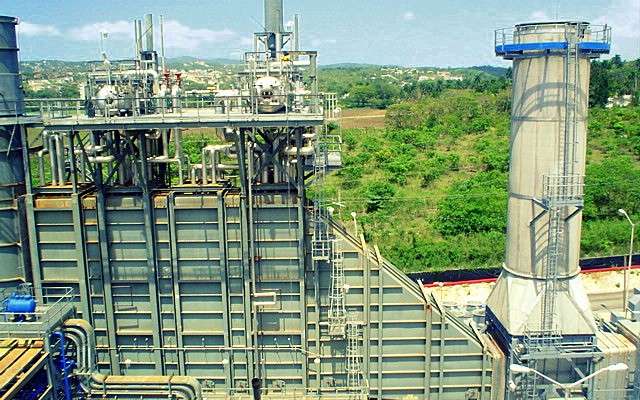 The government has signed a Memorandum of Understanding, MOU, with New Fortress Energy, to develop the natural gas market in Jamaica, and position the country as a regional hub for LNG.

The Electricity Sector Enterprise Team, ESET, made the announcement at a Jamaica House media briefing this morning.

The American company has also been selected from six bidders, to supply natural gas to the new power plant being constructed at Old Harbour in St. Catherine.

New Fortress Energy says it has USD$72-billion in assets, is about to become a major player in Jamaica and the region’s energy sector.

They’ve already won the contract to supply the facility in Bogue, St. James, which is being converted to run on LNG and should come on stream by next April.

Now they also have the contract for Old Harbour, JPS’ 190-megawatt power plant which is expected to be completed by 2018.

And the company plans to spend more than USD$200-million to build a gas terminal to facilitate more than 200,000 tonnes of LNG per year.

Dr. Lawrence says New Fortress Energy was the only company that met the Government’s criteria.

In a statement read by Dr. Lawrence today, New Fortress says they’re looking forward to positioning Jamaica as the energy hub of the Caribbean.

Upon commissioning, Jamaica will become the first country, outside the North American Free Trade Agreement to import LNG from the United States.