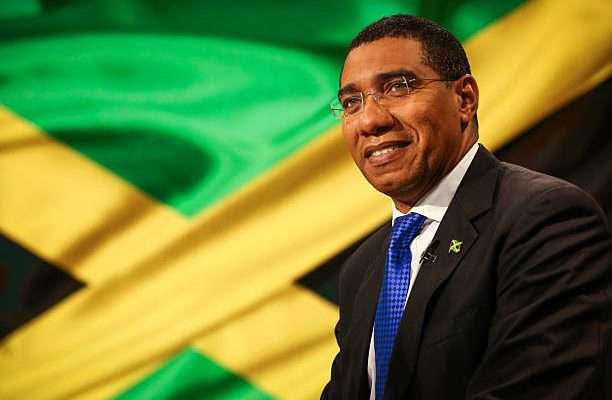 A whopping majority of 64% of Jamaicans believe the Andrew Holness administration is corrupt.

It also found that a small majority of 51% of Jamaicans believe that their opinion of how corrupt the government is will not influence their likelihood of voting for or against the present administration.

And when asked which of the two major party leaders they are confident can better manage corruption, Prime Minister Holness had a 16-percentage point advantage over Opposition Leader, Dr. Peter Phillips.

The Nationwide Bluedot pollsters asked Jamaicans : on a scale of 1 to 5, with 1 being not corrupt and 5, very corrupt…how corrupt do you think the current government is?

30% said the Holness administration is very corrupt as against 22%who said it wasn’t.

Making for a big majority of 64% branding the Holness administration as corrupt.

Fourteen per cent gave the government a score of 2, making for a total 36% who said the administration is not corrupt.

Those numbers suggest the corruption allegations are beginning to affect perceptions of the Holness administration.

However, when asked “will your opinion of how the current government has handled corruption influence your likelihood to vote for them or not,?”….a small majority of 51% said no.

While a significant 49%t said yes! The issue of corruption would influence their decision.

The pollsters also asked “who are you most confident in to manage corruption?”

A plurality of 42% said they had no confidence in neither Holness nor Phillips to manage corruption.

But 37% said they had confidence in the Prime Minister to do so, as against 21% who said the Opposition Leader.

That’s a difference of 16-percentage points.

The polls were conducted between December 2 and 19 among 1,431 Jamaicans over the age of 18 across the island.

The poll had a margin of error of just under 3%.

Tomorrow morning you’ll hear the results from the question ” What would you consider to be Jamaica’s biggest problem?”

Previous PostJamaica Falling Behind Rest Of The World In Implementing National ID System - PSOJ Next PostUS Secretary of State, Mike Pompeo, Set for Official Visit to Ja for Talks on Trade & National Security