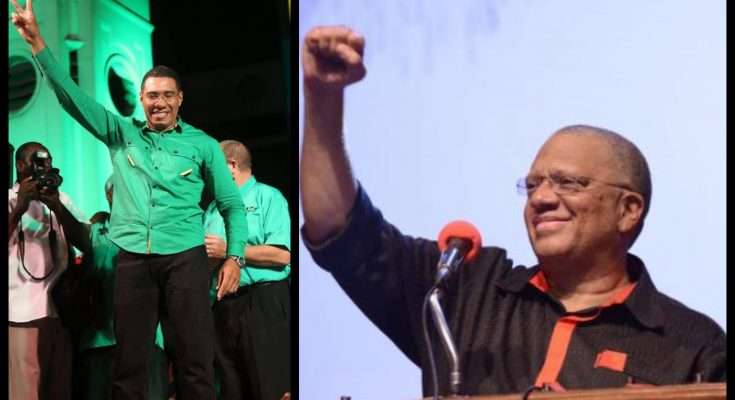 The Nationwide Bluedot pollsters asked respondents “For each name or organization you recognize, do you have a positive, negative or no opinion of that person or group?”

11% said they have a very positive view of the Prime Minister compared to 3% for the Opposition Leader.

39% viewed Holness positively. While only 19% had a similar view of Phillips.

When the scores for very positive and positive are combined, 50% had a positive view of Holness.

While only 22% viewed Phillips positively.

This means that the Prime Minister is well above water because his positive rating of 50% is almost three times that of his negative rating.

The Prime Minister is also running ahead of his party. 41% had a combined positive view of the governing JLP.

As against 19% who viewed it negatively and 40% saying they had no opinion of the governing party.

But, the PNP is polling ahead of its leader. 26% viewed the Opposition party positively and 25% negatively. 48% had no opinion of it.

The poll was conducted between December 2 and 19 among 1,431-respondents. It had a margin of error of less than 3%