Home Latest_MA ‘NO Ease Up!’ – Opposition Remains Resolute in Probe of PetroJam Scandal 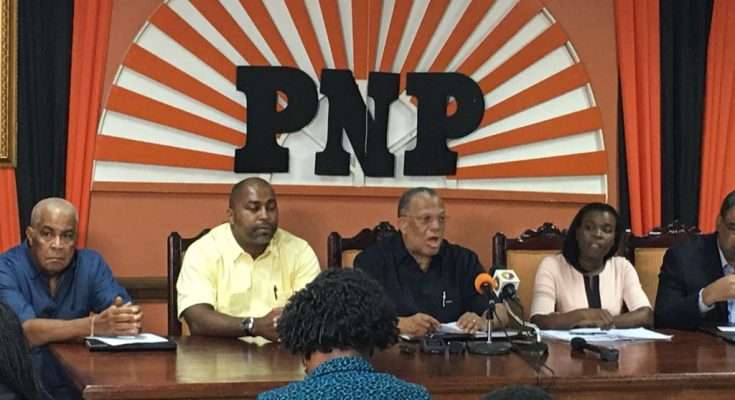 ‘NO Ease Up!’ – Opposition Remains Resolute in Probe of PetroJam Scandal

By Nationwide NewsnetFeb 14, 2019, 15:00 pmComments Off on ‘NO Ease Up!’ – Opposition Remains Resolute in Probe of PetroJam Scandal

The Opposition People’s National Party (PNP) is warning the Andrew Holness Administration, it will remain strident as it seeks to expose the root of corruption at Petrojam. The PNP says there are still several unresolved issues outstanding.

The Opposition was reacting to news, Prime Minister Holness has appointed Fayval Williams as the new Minister of Science Energy and Technology.

Mrs. Williams previous Cabinet posting was Minister without Portfolio in the Finance Ministry.

The Prime Minister announced the mini cabinet reshuffle yesterday, seven months after the resignation of former Minister, Dr Andrew Wheatley as Minister of Science and Technology.

Dr. Wheatley was previously stripped by Prime Minister Holness of the Energy portfolio amid a deepening scandal that exploded at the State-owned oil refinery.

In a statement last evening, Opposition Leader, Dr Peter Phillips, said since the former Minister’s resignation, he has consistently highlighted the need to appoint a full-time Minister. He says it’s unfortunate the appointment is only now being made.

However, the Opposition Leader says the appointment will not deter his party, from getting to what he calls the ‘root of the corruption and mismanagement’ at Petrojam and other agencies that fall within the remit of the Ministry of Science, Energy and Technology.