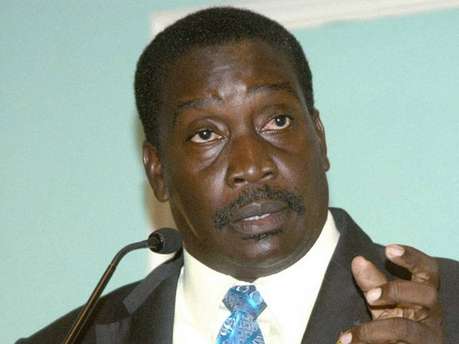 Transport Minister Robert Montague, has signaled that he will not approve a fare increase for public transport operators.

For weeks, several Transport Associations have been clamoring for a 100% fare increase, pleading that they haven’t been granted one in seven years.

Minister Montague was addressing the launch of a training programme for public transport operators at his office today.

The training programme, in collaboration with Edufocal and sponsored by the British Caribbean Insurance Company, BCIC, is to offer road safety and customer service training to public transport operators.

Minister Montague says the first module of the programme will be rolled out next month.

But the Minister also addressed a contentious issue—the pleas for a fare increase, from transport associations, including the Egeton Newman-led, Transport Operators Development Sustainable Services, TODSS.

Minister Montague also called on the Transport Authority to do better at regulating the sector.

The Transport Minister also called on public transport operators to be more sophisticated and rid the sector of what he says is a hustle.

Previous PostJLP's Education Fund To Donate $2.5-Million to UTECH Next PostGov't To Introduce Mandatory Eligibility Exam for Motorcyclists in 2020