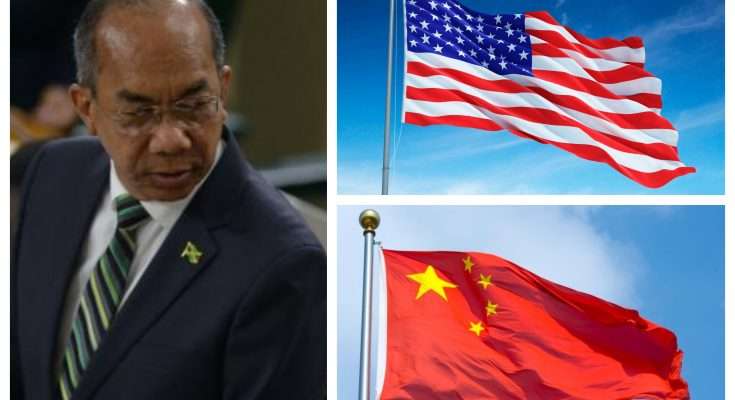 National Security Minister, Dr Horace Chang, says there’s no need for panic over what’s being perceived as diplomatic warning shots fired by the US at Jamaica recently.

This as the US’ top military official in the region, Admiral Craig Faller, cautioned Jamaica on the possible ills of its relationship with China.

Dr Chang says the Admiral’s comments are understandable, but not sinister

Minister Chang says Jamaica remains a well-connected and active player in international affairs, despite being a small country.

He says Jamaica’s strategic location puts the country on the radar of larger economies.

The Minister says while there’s no need for concern, the US’ warning must not be ignored.

Dr Chang is in charge of the government in the absence of Prime Minister Andrew Holness.

The Prime Minister is currently in China on an official visit.

The National Security Minister says since the situation isn’t considered an emergency, he didn’t seek to solicit a response from the Prime Minister.

One thought on “No Need For Panic Over Local Diplomatic Row Between China, USA – Chang”