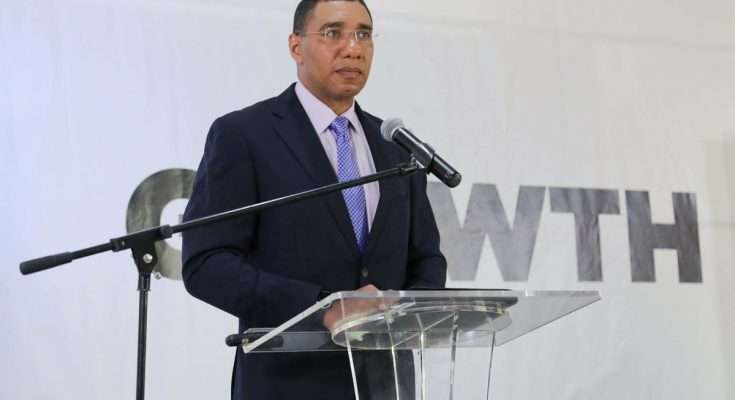 ‘Unfair’ and ‘misleading’ is how the Office of the Prime Minister is describing a recent Gleaner newspaper front-page story and editorial regarding Prime Minister Andrew Holness.

OPM has called for the intervention of the President of the Press Association of Jamaica, Dionne Jackson Miller.

Mr. Morgan notes that the Gleaner’s front page story of Friday September 22, was headlined in bold red – “NOT YOU, MADAM! – I Am Answerable To The Contractor General, Prime Minister Tells Political Ombudsman”.

Mr. Morgan says it was even more pointed while saying, among other things that “… Prime Minister Andrew Holness has told Donna Parchment-Brown, the Political Ombudsman, to butt out”.

Mr. Morgan says OPM has and will never interfere in the right of media to report matters of public interest.

However, he says OPM’s observation is that the referenced characterization of the substance, tone and tenor of what the Prime Minister said was grossly misrepresented by the article and subsequent editorial.

He says Mrs. Jackson Miller as a fair-minded person would agree that the ascription of motive and a particular tone to the Prime Minister’s statement by the media group of which she is a member was misleading and consequently unfair.

Mr. Morgan says the Prime Minister, did not tell Political Ombudsman Donna Parchment Brown, in essence, to “Butt Out”

He says ascribing that kind of strong and undiplomatic language is inconsistent with the Prime Minister’s approach and incongruent with the principles of accuracy and fairness all journalists aspire to.

Mr. Morgan says the reportage has created a negative perception among some members of the public that the Prime Minister has disrespected the Office of the Political Ombudsman.

He says this is not so.

Mr. Morgan says since there’s no media complaints council, and the relevant questions were asked by Mrs. Jackson Miller, OPM is seeking her intervention as PAJ President.

He’s also inviting her as PAJ President, senior journalist and lawyer to offer her experience and guidance to colleagues who may have breached the principles of fairness which should attend upon good journalism.