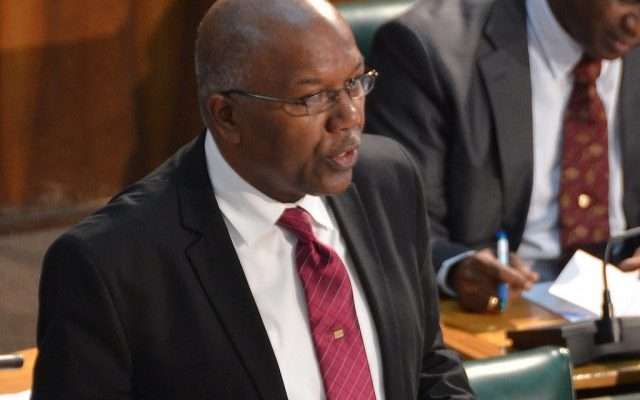 By Jevon MintoJul 07, 2016, 19:27 pmComments Off on Opposition Supportive of CARICOM Review Commission

The Opposition Spokesman on Foreign Affairs, Dr. Morais Guy says he supports the Government decision to appoint a Commission to review Jamaica’s participation in the regional trade bloc, Caricom.

He was making his contribution to the sectoral debate in Parliament yesterday.

However, he says he’s concerned with the length of time that the Government took to announce the members of the Council.

The Review Commission which was officially launched last week, is tasked with reviewing Jamaica’s participation in the 14-member regional trade bloc.

The Commission will be chaired by Former Prime Minister Bruce Golding, and will explore 8 terms of reference.

It’s members are drawn from a wide-cross section of the public and private sector along side industry leaders and members of academia.

The Commission is also tasked with exploring new relations that Jamaica can forge with countries in the Northern Caribbean.

Prime Minister Andrew Holness has already signalled that he doesn’t intend for Jamaica to withdraw its membership in the trade bloc.

He says the review that he’s mandated will strengthen Jamaica’s position in the region.