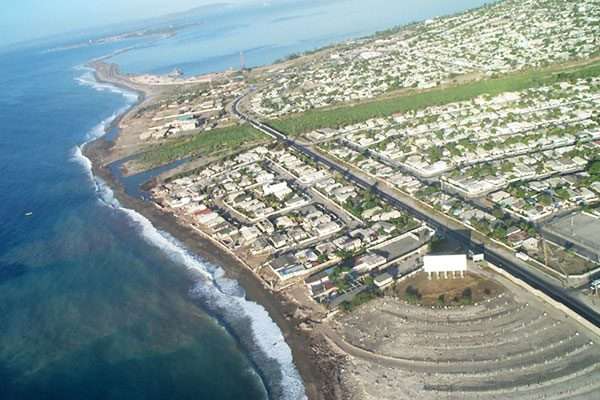 Some residents of Caribbean Terrace in East Rural St. Andrew, are living in fear, as their community is being plagued by criminals.

The residents say squatters continue to occupy the hurricane- damaged, abandoned buildings in their once -upscale community.

The residents believe they are responsible for a spate of robberies and attacks on legitimate home owners.

One resident, Natalie White, a resident for some 41 years, explains how she was attacked and robbed in her home on Friday. She says a woman, by the name of Shelly, who works with her had gone outside to dispose of garbage. She was badly injured.

She says the attacker escaped using a route that’s only familiar to residents of the community.

Ms. White says herself and her daughter have been fearful since the incident.

In the meantime, another resident, Lawna, says some twenty houses are now occupied by squatters.

She says those houses were damaged during previous hurricanes.

She says the government has not compensated all those who’ve been affected by hurricane damage.

She says representatives from the Kingston and St Andrew Municipal Corporation are to visit the area Today.

Lawna says she’s cynical about the likelihood that their visit will help to address the issue. Another resident, Richard Chin, says houses have declined significantly in value.

He says the residents are mostly retired persons who would not qualify for another mortgage to rebuild elsewhere.