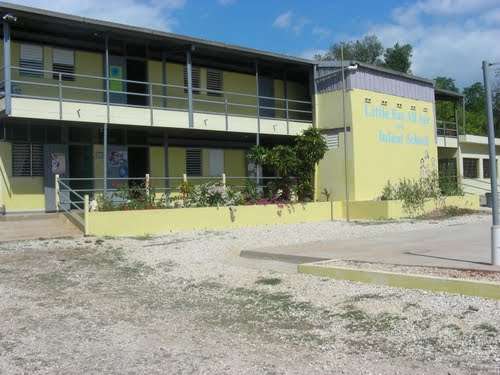 NOTE: We inadvertently headlined this story wrong. We said the parents were demanding the removal of Mr. King. In fact, they were in support of Mr. King staying as principal. We sincerely regret the error and apologize for the inconvenience caused to Mr. King.

Scores of parents turned up at the Little Bay All Age and Infant School in Westmoreland to protest calls for the removal of the school’s Principal.

It’s understood there’s been a breakdown in the working relationship between the principal and the school’s board.

Last week, the school board decided to cease all working relationship with the principal.

Chairman of the board, Cliff Reynolds, told our news centre they’re asking for the Ministry to remove King as the school’s Principal.

She also says parents are refuting claims that the Principal couldn’t account for over 2 million dollars from the school’s canteen and tuck shop.

She was speaking recently with Nationwide News.

Mrs Johnson says they’re to meet with a representative from the Ministry of Education later today to discuss the matter.

Previous PostDo More to Facilitate the Disabled - Morris Next PostViolence Against Women & Girls Must End! - Grange